When you are concerned that you may have an infection after having a root canal performed, then knowing the warning signs is essential to your good overall health. Root canals are often a necessary procedure in order to save a tooth at risk of being lost. Even though root canal complications tend to be few and far between, they do exist. This makes it essential for you to pay close attention to any warning signs that may be present.

Why would someone need a root canal?

The reason someone would need a root canal performed on one or more of their teeth is because the soft tissue inside the tooth is either inflamed or infected. Some of the more common reasons someone’s tooth is inflamed or infected include a serious amount of decay on the tooth, a severe crack or severe chip in the tooth, a dental crown that is not working properly and having many procedures performed on one particular tooth. While some people would prefer to have their tooth pulled vs. getting a root canal performed, it is always recommended to keep one’s natural teeth for as long as absolutely possible.

The following is a list of common warning signs of infection after someone has had a root canal performed on one or more of their teeth.

What causes infection after a root canal?

A tooth may become re-infected for a number of different reasons. One possibility is that the permanent crown meant to add further protection against decay may have been delayed, giving bacteria a chance to re-infect the tooth. It is also possible the original seal after filling wasn’t sufficient to prevent bacterial contamination.

What can be done?

A tooth that becomes re-infected after a root canal is not hopeless. A second root canal may be able to be performed on the tooth. If the problem is more complex, an apicoectomy performed by an endodontist may be necessary.

Need to make an appointment with us?

If you need to make a root canal appointment because you have concerns, we invite you to call us right now. An infection is serious, and for that reason, whenever someone has an infection, they need to make an appointment with a dental professional as soon as possible. An untreated infection in the mouth has the potential to spread to other parts of the body, which is something you definitely want to avoid.

Know that our caring team of dental professionals are more than willing to answer any questions you have.

When A Dental Emergency Strikes, We’re Here to Help

When a toothache continues for several days, when a portion

There’s No Need To Let Infection Ruin The Weekend

Preventative dental care can help you avoid dental infection and

What is a Dental Bonding Treatment?

If you’ve been to the dentist before, you probably think you’ve seen most of what a dentist does, but perhaps you’ve heard of dental bonding and are wondering what this procedure is for and how it works.

How to Care for Teeth That Have Veneers

Although veneers are durable, you need to learn to care for them and the underlying teeth to prevent damage and other oral issues.

As a dental office, we treat patients who are in

Call us to find out information on how to face 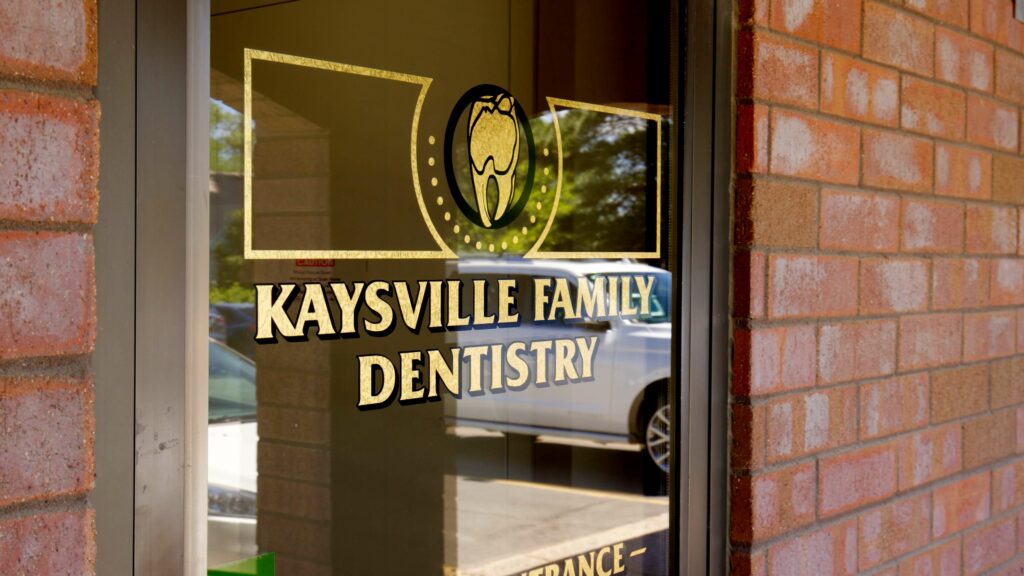 As a Kaysville general dentist, one of the things we...

In our Kaysville dentist office, we put you first, and...

If you are worried about visiting the dentist, schedule an...

As a kid friendly dentist in Kaysville, UT, we are...

At your Kaysville dentist, we know that the secret to...

We are committed to providing quality healthcare to families located in the Kaysville and surrounding areas and treat patients of all ages.